GCRN operates under its Constitution. The General Assembly, which comprises Full and Associate Members, is the supreme body. It meets biannually. 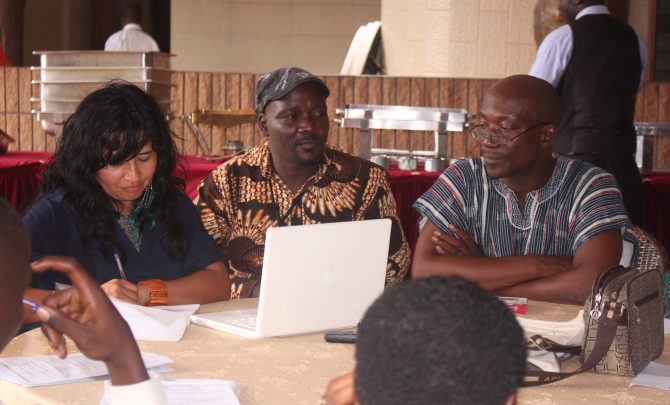 There are also currently three ex-officio members: the Administrator/Co-ordinator of GCRN who also serves as Executive Secretary of GCRN (Wilna Quarmyne), a GCRN representative elected onto the Board of AMARC Africa (Kwesi Ghartey-Tagoe) Board Member and a co-opted member (Kofi Larweh).

GCRN is the association of Community Radio stations and initiatives in Ghana who walk the philosophy and practice of participatory Community Radio with devotion and passion.

Give us a call